Homemade coconut milk is pure unadulterated coconut flavor. As close to “straight from the source” as you can get without having to crack open a fresh coconut multiple times per week to get your fill.

Hey, I’m a small girl, I just can’t handle cracking a coconut on a regular basis. Have you tried it? It’s TOUGH. (Oh, I do recommend it, though, because fresh coconut pulp is wondrous and the coconut water is even better.) If you ever see it on the menu at a Thai food restaurant –> order it.

Back to the topic at hand. It took me too long to discover this but I am on the homemade-coconut-milk-bandwagon 100% all the way! It’s by far the creamiest, most delicious, plant-based non-dairy milk ever. Woof, that’s a mouthful.

Okay, before we continue, I want to officially start referring to plant-based non-dairy milk as Alt-Milk for the remainder of this post. Why? Because alt-milk makes me think of alt-rock makes me think of the 90s (love!) and the 10 seasons of Friends I’m in the midst of binge-watching on Netflix right now. Yes, I paused the Friends-binge for juuuust a bit to put together this here post to share with you all. You’re welcome.

For the record, Nick only passively watches Friends while I watch it.

So here’s the deal. Just to get you all up to speed. You can make “milk” from just about anything. I’m sure you’ve seen the many varieties of alt-milks gracing the shelves of your supermarket in the last few years. Soy, almond, rice, oat, hemp, coconut, etc. That’s a lot of options. What will they think of next?!

We tried almost all of them before we started making our own at home. We kept going back to coconut milk time and time again, so it’s not really a surprise that it’s the homemade alt-milk of choice in our house. That and cashew milk, but I am not going there because it’s not very economical to make.

How to make alt-milk at home

The way you make each type is pretty much the same: you add your milk-ingredient of choice + water + a pinch of salt + a little sweetener. Sometimes you apply heat, sometimes you let it all soak together for a bit. You always blend it up in the end. Sometimes you strain it, sometimes not. Bottle it up and you’re done.

Requirements for our go-to alt-milk

When we started grocery shopping sans-food packaging, the cartons and cans of coconut milk we’d buy every week were some of the first items to go.

Friends, I want you to understand that I’ve done the lion’s share of research and trial and error and taste testing here, all so you don’t have to. My requirements for a homemade alt-milk recipe were simple and straightforward:

It checks off everything on my very important list:

They sell shredded dried coconut in my bulk section labeled as “Dried coconut, macaroon” or something like that. I buy that type instead of the big coconut shavings, mainly because it’s cheaper. It’s $5.29/lb and I can fit about 4 cups (or .73 lbs) into a 1-quart container for a grand total of $3.86. 1 cup of dried coconut yields ~4 cups coconut milk, so you’re paying about $0.97 per batch. I’d say it’s worth it because store-bought quart size containers of coconut milk are $3-4 each.

Shredded dried coconut is the gift that keeps on giving

Seriously, though. Not only do you get luscious, delicious alt-milk from your minimal efforts, you can also make Coconut Flour and Coconut Cream during the same process (More on that to come!). So it’s kind of like a 3-for-1 food transaction. Win win win!

How to make homemade coconut milk 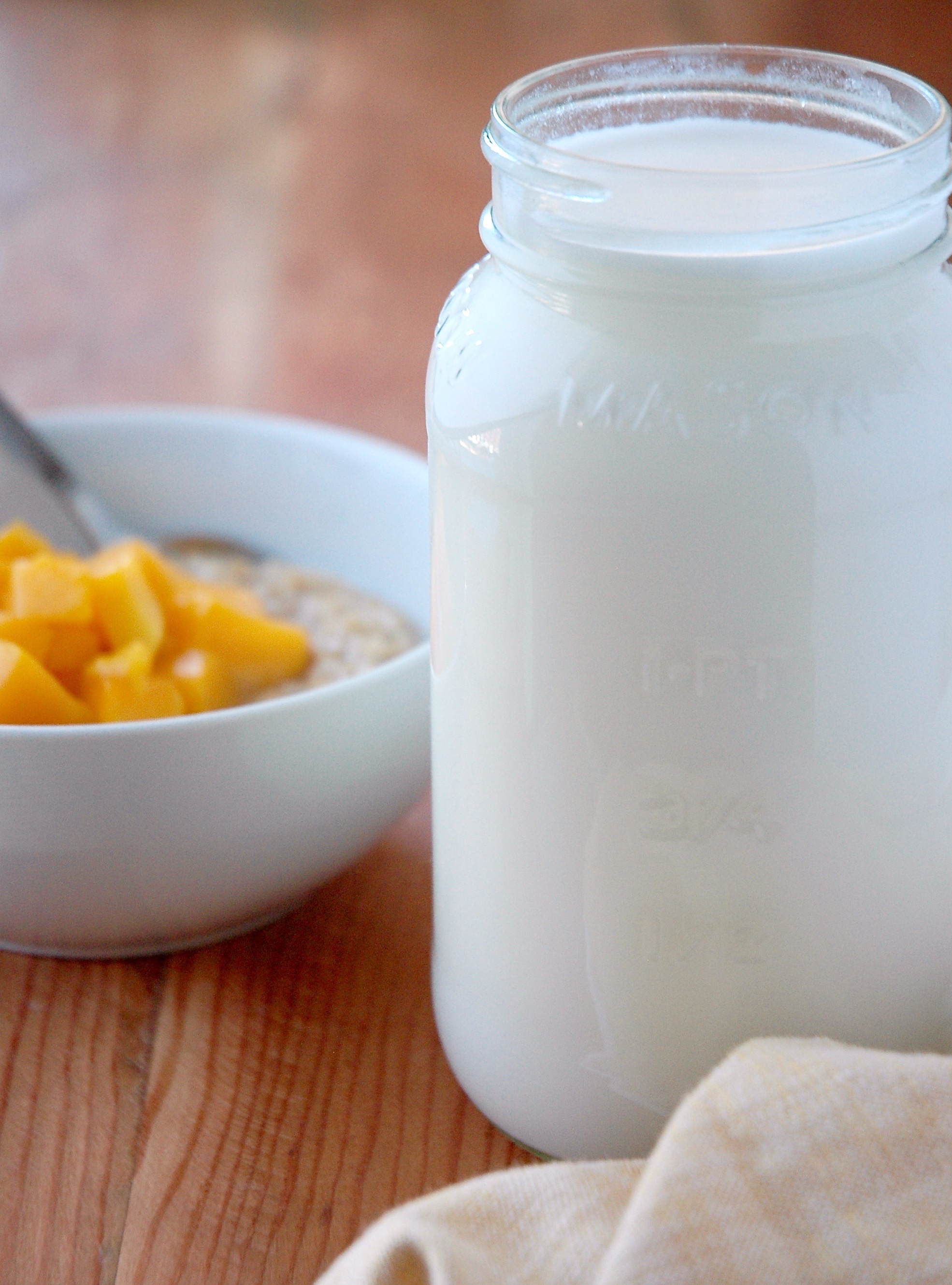 Homemade coconut milk recipe that's rich and creamy, and as close to "straight from the source" as you can get without having to crack open a fresh coconut!

If desired, separate out the coconut cream to use for other recipes. You can also save the coconut pulp to make coconut flour.